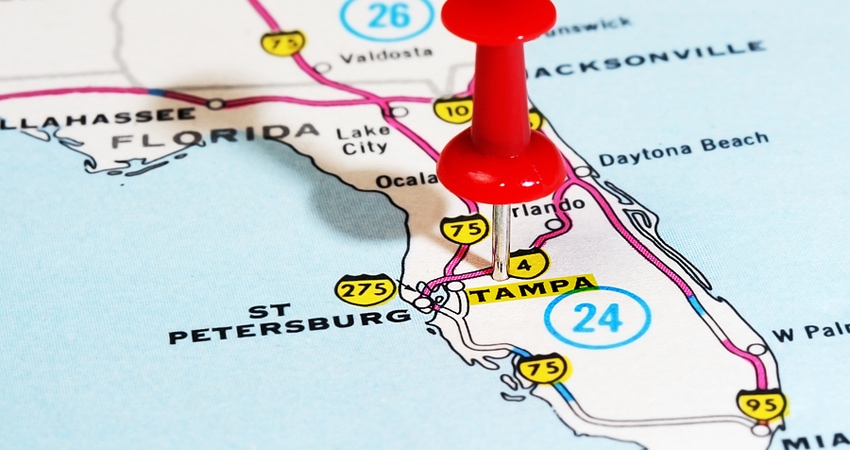 Who hasn’t been woken at dawn by a noisy trash collection truck? Sometimes it seems the rasping engine and whining hydraulics were designed specifically to rouse entire streets, but that’s changing. Growing numbers of trash collectors, like Waste Pro, are converting their fleets to compressed natural gas (CNG.) CNG offers several benefits, including quieter operation, but also raises some issues relating the refueling.

Waste Pro provides trash collection and management services across the southeastern United States. They made headlines back in 2011 by announcing a switch to CNG fuel for their trucks. Their first such vehicle went work in Atlanta, GA in 2012, and that same year they opened a CNG refueling center in Ft. Pierce, FL. Since then Waste Pro have opened four more refueling centers, and recently announced two additional facilities in Sanford and Sarasota, plus an expansion of their Pompano operation. And these aren’t small-scale. Sanford and Sarasota will support over 100 CNG-fueled vehicles while Pompano will grow to 50.

Why switch to CNG?

Let’s call it enlightened self-interest. CNG costs significantly less than diesel fuel, so lowering costs, but there are other benefits. CNG vehicles have lower emissions, especially of ozone-causing chemicals. That’s good for the residential neighborhoods where Waste Pro’s trucks operate because ozone is linked to a range of respiratory problems. And a secondary benefit for those communities is that the trucks run quieter.

Mention running trucks on gas (as opposed to gasoline or diesel,) and thoughts turn to the Hindenburg disaster. “Isn’t it dangerous?” people are likely to ask.

The truth is, natural gas will burn if mixed with oxygen in the correct proportions, so the key is to avoid leaks. In vehicles and at the refueling facilities it’s stored under pressure in strong tanks, designed and engineered to be safe. The biggest concern is, what happens if a refueling line or pipe breaks or ruptures?

The way to protect against leaks from broken pipes is to incorporate excess flow valves, (EFV’s.) An EFV is shut-off device plumbed directly in-line on the pipe. In normal operation it lets gas flow without impediment, but should a rupture lead to a sudden change in flow rate and pressure it shuts-off the flow almost instantly. In this way any escape of gas into the environment is minimized, reducing the risk of injury and damage.

ChemTec is experienced at designing EFV’s for many different fluids and flow rates. Local manufacturing gives them complete control over quality coupled with the ability to produce customized EFV’s for specific applications.

To learn more about how EFV’s improve safety in a range of fluid handling situations, including CNG refueling, contact a product specialist at ChemTec.