Now that the hole in the ozone layer is starting to heal, (according to a UNEP press release,) this intriguing molecule has dropped out of the headlines. It’s a pity because ozone’s ability to protect us goes beyond blocking solar ultraviolet radiation.

Ozone (O3) is the three-atom form of oxygen. Whereas the two-atom form is found in the air we breathe,

the third atom creates a molecule that reacts with almost everything it touches. That makes it a powerful disinfectant, able to destroy bacteria and other toxins. It also means it's unstable, quickly breaking down to breathable O2. As a result, there's no ozone distribution industry as there is for other gases. Instead it must be generated at the place where it's needed.

Ozone's ability to disinfect has created two areas of application: water purification and medicine. For over a century cities have used ozone to clean their drinking water. This avoids the need for chlorine or other hazardous chemicals, and as an added benefit, because ozone decays to oxygen there are no disposal issues.

Medical uses of ozone date from the First World War where it was found effective in treating infections. Today it's used to treat burns and slow-to-heal wounds by pumping a low concentration into a bag encasing the affected region. Ozone is also used in dentistry where it's dissolved in water, and many other applications are being researched.

Ozone is produced by exposing oxygen to either very high voltages, (as happens during a lightning strike,) or to ultraviolet (UV) light. Most clinical ozone generators use the high voltage method. Here, either ambient air or pure oxygen is first filtered and dried, then passed through a corona-discharge device. High voltages turn some of the oxygen to ozone which is piped to the patient.

The properties that make ozone a powerful disinfectant also create challenges. It is toxic in anything above low concentrations, so should not be allowed to escape into the treatment area. For this reason most ozone generators incorporate an ozone destructor.

Ozone also reacts with many materials, especially rubbers and plastics such as nylon. This means when designing clinical ozone generators care must be given to material selection. 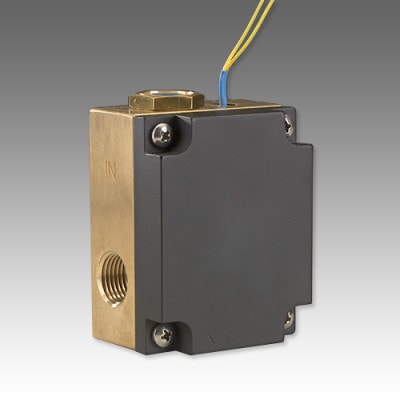 correct operation. However, such applications are especially demanding in terms of both cleanliness and resistance to chemical attack. It was for these reasons ChemTec developed the Ultra-High Purity 500 BP flow monitor. Machined from 316-grade stainless-steel, this has exceptionally smooth internal surfaces and welded rather than threaded pipe connection points. This eliminates sites where bacteria can lurk while the stainless is undamaged by ozone.

A Clinical Review of Ozone Therapy

Medical uses of ozone continue to be debated and researched. In 2011 the National Institute of Health (NIH) published a review of work in this area, concluding that, “Ozone therapy … effects are proven, consistent, safe and with minimal and preventable side effects.” (READ MORE)

Medical device manufacturers and the pharmaceutical and semiconductor industries depend on exceptionally pure fluids and contamination can be very expensive. The Ultra Pure 500 BP flow monitor delivers the in-service performance demanded by these users. (READ MORE)