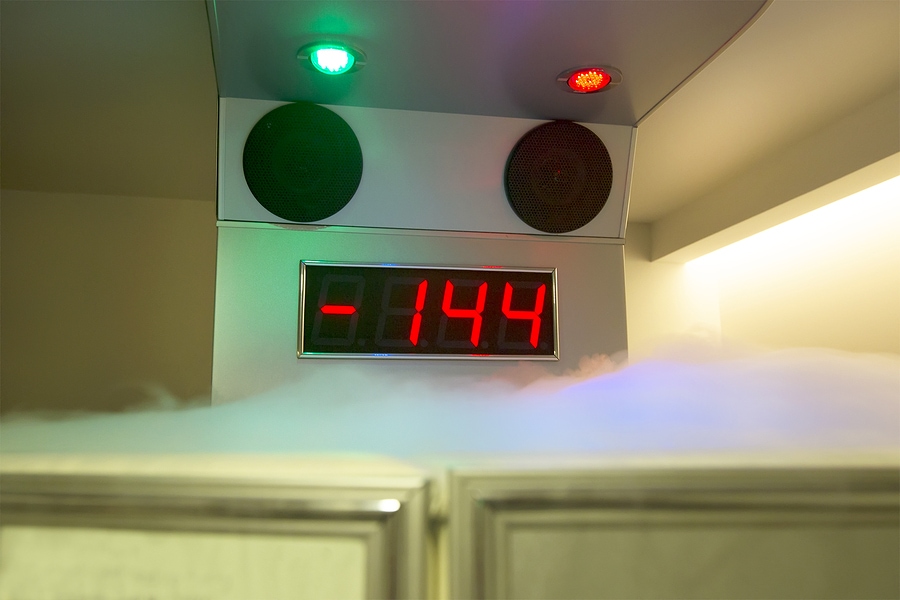 Cryogenics is the science of dealing with the production of and effects of very low temperatures. However, there's some debate over how low ‘low temperature’ must be to qualify as cryogenic. Some say lower than -1000C. Others, such as NIST, put it at below -1500C. At these temperatures most gases become liquid, which gives them some interesting uses. Cryogenic temperatures are mostly produced through the Joule-Thomson effect, which takes advantage of the relationship between pressure, temperature, and volume.

Cryogenic temperatures are needed in many fields. For example:

At temperatures above absolute zero all atoms have some energy. Compress a gas and it becomes hot; a result of the energy of the gas atoms being condensed into a smaller volume. Take away this heat, then let the gas expand and it becomes cooler still as the atoms spread apart.

Many cooling systems achieve this increase in volume by releasing the gas through a valve or nozzle. Held under pressure, it expands rapidly, becoming much colder. This “Joule-Thomson” cooling is the basis of domestic refrigeration and air conditioning systems that recirculate the cooling gas.

In cryogenic cooling, as in any other system where a fluid is pumped through a closed loop, it's important to incorporate monitors to detect abnormal operating conditions. Without them a pump might be starved of gas or a leak could go undetected.

ChemTec flow switches utilize a piston suspended in the fluid stream. A change in flow rate moves the piston, the position of which is sensed externally. When the piston moves outside of the limits a signal is sent that can trigger an alarm.

Excess Flow Valves (EFV's) work in a similar way. A piston is held out of the flow magnetically. Should the flow increase suddenly, as if a pipe ruptures or a tube is disconnected, the sudden increase in flow triggers the release of the piston. This seals the pipe, stopping the flow.

Get advice on cryogenic applications

At low temperatures the behavior of many materials changes. Rubber in particular becomes very brittle. When selecting flow switches and EFV's for cryogenic applications it's important to discuss the specific details with technical specialists at ChemTec. With their deep product knowledge they can advise on appropriate temperature ranges and help in selecting the best switch, monitor or EFV for the job.

If you're developing a cryogenic system, it's not too late to reach out to ChemTec. Call us at (800) 222-2177 or email [email protected] to get the conversation started.