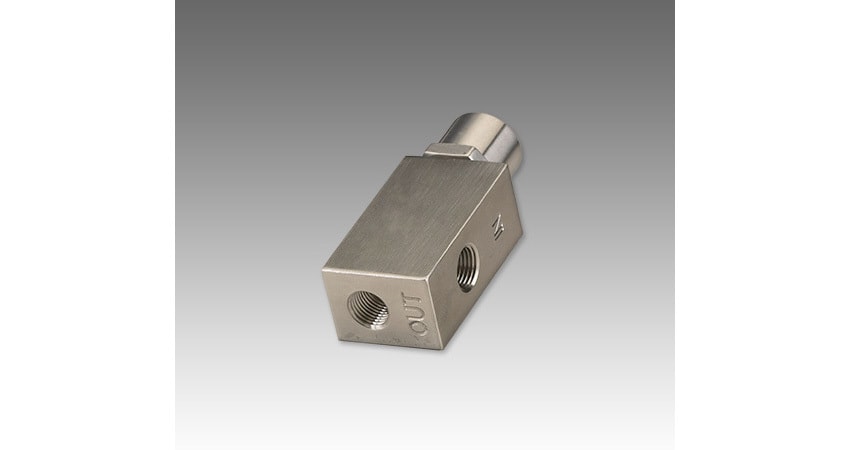 For an inert, nontoxic gas, nitrogen is surprisingly dangerous, especially when you consider it comprises 78% of the air we breathe. That’s a problem, because nitrogen is also extremely useful in many industrial situations. Nitrogen leaks are hard to detect, which is why it’s important to incorporate excess flow valves into systems using this gas. Here we’ll take a look at what makes nitrogen so useful, how it’s used, the consequences of leaks and how to protect against them.

An element like oxygen, nitrogen is inert and colorless. It doesn’t react with anything, so it’s nontoxic and non-corrosive. It’s slightly lighter than air and as it boils at -3200F (-1960C) it’s a gas at room temperatures.

Nitrogen is easy to produce and transport. The most common production method is via fractional distillation of liquid air, although other technologies exist. It’s supplied in either pressurized tanks or as a liquid although some businesses have started generating their own nitrogen on-site.

Many High School students first encounter nitrogen as a freezing medium. Often a flower is dipped into the liquid and then shattered, illustrating the cryogenic properties of liquid nitrogen. It’s a great tool for cooling things very quickly.

Most industrial applications use nitrogen as a blanketing medium. Filling a container or tank with nitrogen excludes oxygen, which prevents oxidation and combustion. Many foodstuffs are now packed in a nitrogen-rich atmosphere, extending shelf life. Another example of a nitrogen blanketing application is the displacement of oxygen otherwise present above the surface of flammable liquid tank-stored liquids. By removing one side of the “fire triangle” (fuel, ignition, oxygen) the risk of fire and explosion is greatly reduced.

The dangers of nitrogen is that it displaces the breathable air (oxygen) in an enclosed space. Undetectable by sight or smell, nitrogen poses a real risk to workers entering a nitrogen-rich area. In the case of large line break or large tank leak this can even happen in outdoor areas. Accordingly, business using nitrogen should employ an excess flow valve to quickly shut down ruptured lines or leaky tanks. Also advisable is the installation of oxygen monitors to raise an alert if levels drop too low.

Nitrogen in liquid form (cryogenic) carries risks too. Splashes onto skin or absorbent clothing can cause burns that need prompt medical attention. When exposed to ambient temperatures, nitrogen boils aggressively leading to a dramatic increase in pressure in sealed containers.

An excess flow valve (EFV) is designed to stop the flow of a liquid or gas if the flow rate jumps suddenly, as would happen when a pipe ruptures. Appropriately sized to the application, an EFV will react quickly, shutting off the flow and minimizing unwanted build-up of nitrogen gas. EFV’s are available with either manual or automatic reset capability.

If you’re working with nitrogen, EFVs can help reduce the risk of injury from undetectable pipe leakage. Call ChemTec today at (800) 222-2177 or email [email protected] for more information on how EFV’s improve safety in nitrogen environments.